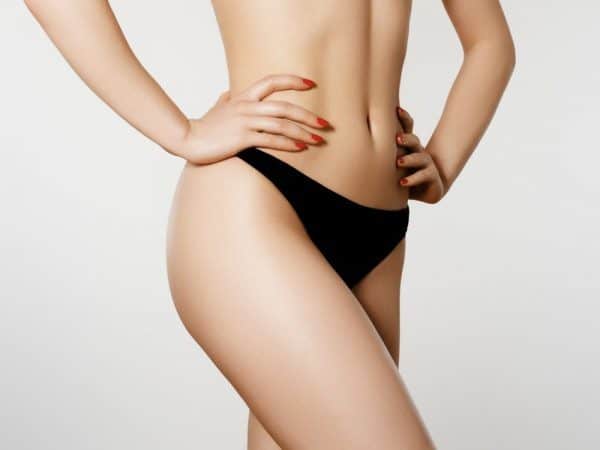 At Juvea Aesthetics we offer the revolutionary SculpSure fat reduction treatment. We recently saw a thread on RealSelf regarding the difference between SculpSure and CoolSculpting; this is a question we’re asked regularly at our clinic. As a result, we thought it would be useful to write an in depth article with some information on the matter from not just us, but other doctors and surgeons around the world.

The author of the original thread wrote:

“What is the difference in results for SculpSure Laser Fat Loss vs. Coolsculpting? Is one better than the other? I recently completed, one “round” of Coolsculpting of flank, abdomen, inner and outer thigh and back, spread out over an 18 month period due to cost. My weight has remained about the same over that time period and I have to say I’m not overly impressed with Coolsculpting. I see some slight changes but the biggest reduction has been in my wallet.”

While there are similarities between the two treatments, there are also many differences. Explaining how SculpSure works, our Medical director, Dr Faz Zavahir says:

“SculpSure works by delivering laser light through the skin on problem areas such as the abdomen, flanks, hips, legs and thighs to direct heated energy to the fatty deposits. By safely heating the temperature of the tissue being treated, fat cells are broken down and then eliminated naturally from the body via the lymphatic system.”

The similarities and differences between the two are listed below:

But which treatment is safer?

“Our practice was approached by both CoolSculpt and SculpSure.  We decided to go with SculpSure because of the shorter treatment time (25 minutes instead of 60), and also less risk factors… With any laser there is a risk of heat damage but that is already taken care of with the sapphire cooling built into SculpSure, plus the machine’s lasers will turn off if its sensors detect loss of epidermal protection cooling.  With cryolipolysis (the method which CoolSculpt uses), there is no way to predict or reduce the risk of nerve damage from freezing the fat, nor to prevent paradoxical fat hyperplasia if it happens. You can be the best dermatologist or plastic surgeon in the world and there is no technique you can do to prevent these side effects of CoolSculpt. Although these risks are rare, I just don’t like using devices in which I can’t manage the reduction of the side effects, and that is why we decided to go with SculpSure.”

“Many CoolSculpting patients have reported numbness, pain and bruising that can last for weeks post treatment. Also, research is now revealing that CoolSculpting can cause more severe complications such as delayed onset pain and nerve damage. Delayed onset pain typically occurs a few days post CoolSculpting treatment and causes neuropathic symptoms such as stabbing, burning, and shooting pain within the treatment areas that is unresponsive to medications. To date, SculpSure patients have not reported pain or discomfort following treatment.”

Dr Joubin Gabbay, MD a Los Angeles Plastic Surgeon also explains in the thread why he chose to replace CoolSculpting with SculpSure in his clinic:

“I think the most important differences between Coolsculpting and SculpSure come when you look at the potential downsides. In my eyes, Coolsculpting has many potentially serious complications that I do not want to risk.  These include:

So which is better?

Although similar levels of patient satisfaction rate and results are seen by both methods it seems SculpSure trumps CoolSculpting for many reasons. If you can achieve the same (if not better) results in at least half the time (87.5% less time if you wanted to treat four areas) with less risk, less expense, less pain and discomfort, quicker recovery and a higher chance of suitability all while enjoying the bonus effects of tighter skin… it certainly seems that SculpSure is the winning treatment.

Before introducing SculpSure to our clinic we thoroughly researched any possible negatives or adverse effects and it seems the only negative which can be noted even by competitors is the fact that it is a reasonably new to market treatment. However, as time goes by the treatment is gaining more and more popularity and that argument is nearing obsolescence.

If you would like to book in for your free consultation, have any questions regarding SculpSure, or would like to talk through the differences between the two treatments give one of our expert practitioners a call on 0207 291 4554 or email [email protected] today!

The thread can be found here for your own perusal: https://www.realself.com/question/berkeley-heights-nj-difference-results-sculpsure-laser-fat-loss-coolsculpting